Previously in the Series: From Tools to Technocracy

In this chapter, Postman tracks the development of industrial capitalism alongside the rise of technocracy. As the controlling influence of social and religious norms wanes, he cites Adam Smith’ The Wealth of Nations as a new guide for human enterprise. Whether technocracy began with the steam engine in 1765 or the first factory in 1780, by the turn of the 19th century the technocratic capitalist had displaced the old medieval manufacturer.

Francis Bacon’s call for ingenuity in service to improving the condition of humanity, combined with the free-market license to accumulate wealth, created the conditions needed for technocratic capitalism. Progress for progress’ sake became an operating assumption. If something could be done and, equally important, could turn a profit, then it should be done. If the meaning of life is to live in material comfort and security, the consecration of technique Postman describes in this chapter makes perfect sense.

The Age of Invention, Postman writes, nurtured a “profound belief in all the principles through which invention succeeds.” This meant the embrace of standardization, efficiency, and measurement as the surest means to technocratic ends. Along the way, it also became clear that the machinery of the new technocracy was most efficient when people were seen not as “children of God or even citizens but as consumers—that is to say, as markets.”

There were, however, those who resisted.

Alongside the strident and poetic resistance of William Blake’s “dark Satanic mills,” some of those who participated in the industrial revolution also tried to offset the excesses of technocracy. Model factory towns like New Lanark and New Harmony in Scotland and Indiana experimented with humane working and living conditions for workers and their families.

Ultimately, none of the experiments persisted or became the norm. As technocracy marched forward, its costs were borne by those subordinated to the principles of growth and invention. Some, like the Luddites, practiced violent resistance, destroying the machines they believed were the tools of their dispossession. Today, Luddite is a slur against the backward and  unenlightened. But Postman casts the historical Luddites as “people trying desperately to preserve whatever rights, privileges, laws, and customs had given them justice in the older world-view.”

The revolution would not be stopped, though, and the old ways would be swallowed up by the ideal of progress itself. Technocracy promised new freedoms and accelerated life, moving from one novelty to another. Time itself became “an adversary over which technology could triumph.” With every new invention some limit was lifted or alleviated and there was less temptation to look back. But the old world did not disappear.

Respect for tradition, religion, and common sense persisted, but technocracy did not suffer these old beliefs lightly. They are the enemies of technocracy because they stand on old ground from which technocracy can be criticized. The ancient virtues denounce the values of a technocracy, they rebuke “its language, its impersonality, its fragmentation, its alienation.” These two  outlooks strove against each other through the 19th Century into the 20th. People clung to their old gods, and the philosophies of life the old world offered, even as they knelt at the altars of the machine.

The consecration of technique

So, how did we get from a growing technocracy which challenged traditional assumptions about life to a technopoly which marginalizes and devastates those traditions? Postman returns to Aldous Huxley’s Brave New World to illustrate how technopoly eliminates its rival “thought-worlds” in society.

It does not make [alternatives to itself] illegal. It does not make them immoral. It does not even make them unpopular. It makes them invisible and therefore irrelevant. And it does so by redefining what we mean by religion, by art, by family, by politics, by history, by truth, by privacy, by intelligence, so that our definitions fit its new requirements. Technopoly, in other words, is totalitarian technocracy.

To explain how this worked, Postman tries to nail down a start-date for technopoly. He considers briefly the Scopes trial of 1925, but passes it over for its having “more to do with science and faith than technology as faith.” The beginning of a “technological theology” is found in an earlier, and seemingly less significant, event. In 1910, Northeastern railroads petitioned for an increase in freight rates to offset a wage hike for railroad workers. Arguments against higher rates centred around claims that “the railroads could both increase wages and lower their costs by using principles of scientific management.”

Frederick W. Taylor’s system of scientific management promised to increase efficiency, and therefore improve margins. This would, in theory, result in more money for the railroad and its workers. Even though the rate increase was refused, the spotlight shone on what would become known as Taylorism. The principles of his management system were applied to various degrees in the army, law firms, churches, homes and education. According to Postman, “his ideas about what culture is made of remain the scaffolding of the present-day American Technopoly.”

While these ideas were originally intended to apply to the factory floor, they soon spilled out into the wider culture. What were these ideas which made up the “first explicit and formal outline of the assumptions of the thought-world of Technopoly”? First, the primacy of efficiency as the goal of human labour and thought. To this end, it follows that technical calculation should supplant human judgement, the unnecessary complexity and subjectivity of which is seen as an obstacle to overcome. Finally, the triumph of quantification, where “what cannot be measured either does not exist or is of no value.”

In technocracies, people may be treated as machinery in service to technological ends, but this subordination is not held as a guiding philosophy of culture. In Taylor’s Principles of Scientific Management, Postman say we see “the first clear statement of the idea that society is best served when human beings are placed at the disposal of their techniques and technology.”

Technopoly, in other words, is “the submission of all forms of cultural life to the sovereignty of technique and technology.”

Postman positions America, with its frontier busting love of  freedom, as uniquely placed to nurture the founding assumptions of technopoly in the early twentieth century. Speaking of the unrestrained entrepreneurship of the Robber Barons, Postman declares: “Their greatest achievement was in convincing their countrymen that the future need have no connection to the past.” The resounding and enriching success of American technology effectively insulated technopoly from popular criticism as a source of purpose or fulfillment.

In this climate of success and consolidation, the old gods and beliefs were staggered. God was declared dead and man just another monkey. Marx told the world history had its own plans, Freud said we could not know our deepest needs, much less ourselves, and Behaviorism posited that free will was nothing but an illusion. “Amid the conceptual debris, there remained one sure thing to believe in—technology.”

These were the obvious reasons for the rise of technopoly, according to Postman. Technopoly’s “full flowering depended on still another set of conditions, less visible and therefore less well known.” These background conditions provide the context in which a disdain for limits, unrestrained profit-seeking, successful technologies, and the marginalization of traditional beliefs welcomed Technopoly to twentieth century America.

In 20xx, technopoly’s foundational assumptions continue to depend in part on our thirst for ever-increasing speed and efficiency, but also an irrational appetite for growth. We resent the limits of human nature and the body; technopoly promises boundless growth and optimization.

Writing in Harper’s, Wendell Berry considers what unrestrained technocratic capitalism has wrought, and he has consistently called attention to its risks throughout his long career.

However it came about, this credo of limitlessness clearly implies a principled wish not only for limitless possessions but also for limitless knowledge, limitless science, limitless technology, and limitless progress. And, necessarily, it must lead to limitless violence, waste, war, and destruction.

Berry echoes Postman’s analysis of how technopoly disposes of its ideological rivals. He affirms that seeing the world as an arena for inevitable progress drives us toward a moral minimalism which resembles:

the desire to be efficient at any cost, to be unencumbered by complexity. The minimization of neighbourliness, respect, reverence, responsibility, accountability, and self-subordination — this is the culture of which our present leaders and heroes are the spoiled children.

We are living in this new world, vacated by what Postman called the old world’s gods and beliefs. Technopoly’s “thought-world” is self-reinforcing. That’s why when digital media or new technologies wreck a longstanding practice or critical norm, the proposed solutions are more of the same. Only new technology can save us from bad technology.

Ivan Illich, writing in the 1970s, knew then what we continue to ignore today:

It has become fashionable to say that where science and technology have created problems, it is only more scientific understanding and better technology that can carry us past them. The cure for bad management is more management. The cure for specialized research is more costly interdisciplinary research, just as the cure for polluted rivers is more costly nonpolluting detergents. The pooling of stores of information, the building up of a knowledge stock, the attempt to overwhelm present problems by the production of more science is the ultimate attempt to solve a crisis by escalation.[1]

Technopoly is water we swim in, which is why it’s critical for the flourishing of our local and global community that we know what it means to be wet. 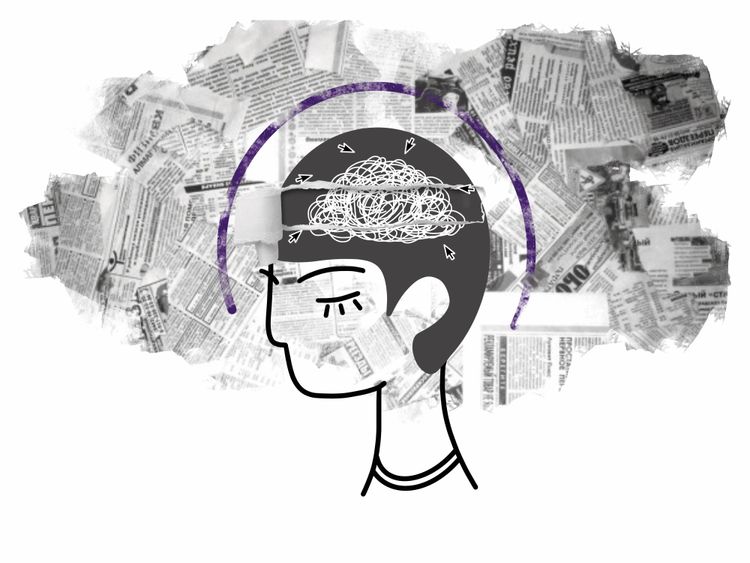 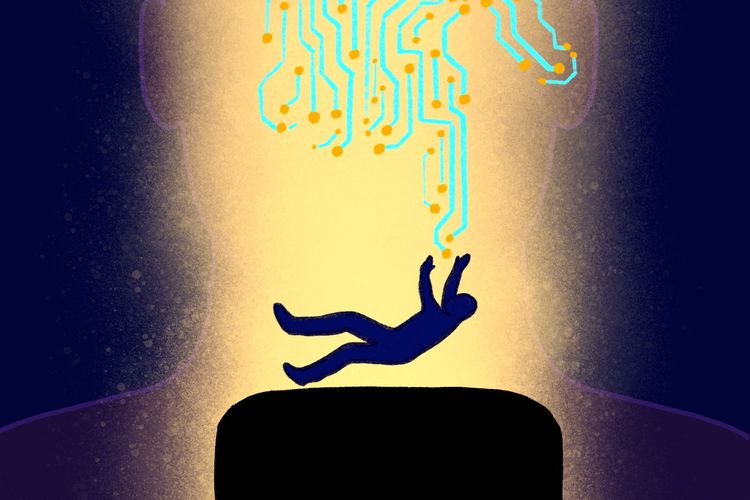 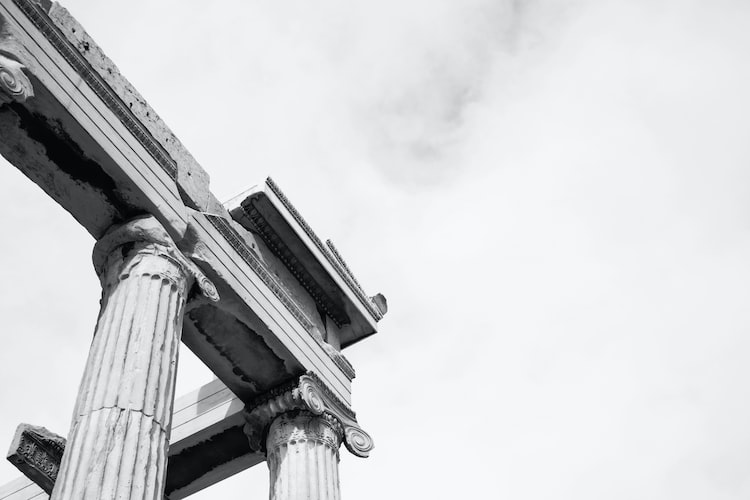 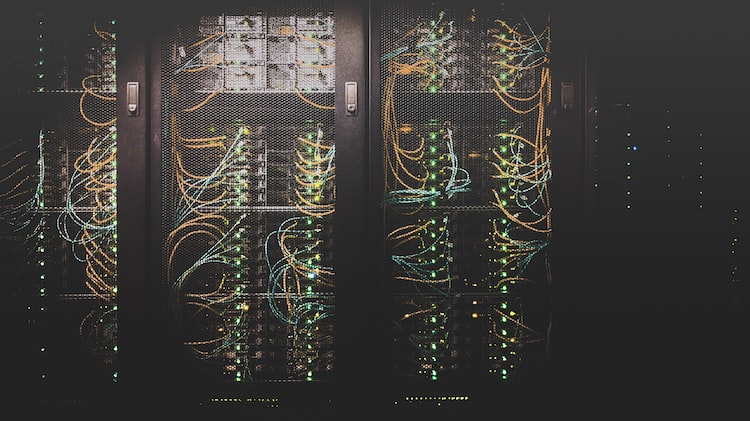