Beauty in the ugly

I remember hearing a critique of Disney films in an undergraduate psychology class years ago. Their heroes, particularly the classic cast of princes and princesses, were often attractive and kind. This seemed to perpetuate the idea that beautiful people are nice—think Belle—whereas those less attractive are unkind. I had recently watched The Hunchback of Notre-Dame at the time, and Quasimodo stuck out as an exception to this rule. But often, it was true.

Just as I wondered how one might subvert this unrealistic construct, Disney struck in a way I hadn't anticipated. As Apple was ascending in the first decade of the new millennium, the new currency of cool and intelligence was technology with a minimalist aesthetic. Disney saw this and transposed this matrix of beauty and personality on a new set of characters: robots.

WALL-E is an unusual film. There is barely any speech in the first half of the movie, but this makes it no less expressive. We may even see the heart of our characters more clearly without the distraction of words. Indeed, for WALL-E, we see that we don't need either to know that he's someone special.

As the novelty of annual upgrades was picking up in our culture, WALL-E stepped in as the anti-new-tech hero. Rusty, covered in dirt and falling apart, WALL-E is not attractive. Only a few minutes into the movie, he needs replacement parts. For many of us in this present world of mass production and planned obsolescence, this is peculiar. We don't replace parts, and we certainly don't mend things. We just like to buy them brand new. It’s ironic because WALL-E is himself a mass-produced item. How many other robots there were like him, we cannot be sure, but the entire city of garbage was built by similar machines. The lunch box he carries adds to his factory worker vibe. He is neither sleek nor sexy.

Yet despite our superficiality, we are pleasantly surprised as we get to know this robot. If we passed him walking down the street, he would never catch our eye. But alas, he is the only one in the story to follow, and we are forced beyond first glances. This is a privilege we often miss in real life. So we see he has a little home, a favourite movie, and even an appreciation for love. WALL-E quickly becomes endearing.

Contrast the mothership Axiom, where most of the movie takes place. The technology is unsurpassable. The ship is pristine—thanks to M.O.—the lights are bright, and the roadways operate with dizzying efficiency. Like much in our world today, what we consider beautiful is also what is new. But the people on this ship are entirely flat, apart from their bellies. They have no life stories because they are swallowed up by the technological machine. The only two people apart from the captain that we get to know are those who are released from the hypnotic powers of displays. In both instances, someone else shuts off the screen before they begin to see the world around them.

Once more, the irony is thick. It is the machine who leads a fuller life than the people. It is WALL-E that fights for the life of the plant that will take them back to Earth. He is the one that pays the highest price when crushed on the Lido deck to keep the plant portal from shutting down. He exhibits the human qualities we admire, and it has nothing to do with the latest software update. Maybe vitality has nothing to do with screen size.

Herein are two approaches to life: technology as an end or technology as a means to the end. The old machine is not on a perpetual path of technological development. He may need a few replacement parts, but he is not upgraded. That's not his concern. For the others, the wave of progress, if indeed we can call it that, sweeps away everything that pertains to life. It is innovation for innovation's sake, nothing more. The allure of the screen hijacks desires, love, and even the ability to walk. Technology as an end in itself makes us mindless slaves to a new, sleek god. WALL-E is a bulwark against such mass dronification.

WALL-E undermines technology as an end with an alternate vision of progress. He was mass-produced, but in lasting, in persisting and not evolving, he becomes unique. This is progress by persistence, not progress by expansion. It is growing in character and meaning, not growing in gigabytes or processing speed. In our world, we need more of the former. This is the kind of progress that touches upon the deepest human goods often untouched by our technical prowess.

But the movie does not leave us with simply two visions. It invites us into transformation. It shows us how to go from here to there. We see this through EVE.

Unlike WALL-E, EVE is one of the newest robots around, and she is both Apple-esque and powerful. WALL-E trudges along on his worn-out treads; she zips across Earth in flight. He has a tiny laser beam, and she has one wicked blaster cannon for an arm. To call her an upgrade is, to borrow Anton Ego’s words, a “gross understatement.”

When we first meet EVE, she is rather cold. Out on a mission to find signs of plant life, she’s got better things to do than associate with robots like WALL-E. He’s old and dusty. She’s from the Axiom. She’s better than him.

Yet as our story continues, EVE changes her tune. She sees that despite his shabby appearance, WALL-E is kind and loyal. When she automatically shuts off after obtaining a plant, he protects her. He travels to outer space for her. And as we have seen most importantly, he sacrifices himself to rescue the drone-people of the Axiom. This changes EVE. She goes from a recipient of to a participant in this flood of goodwill. Now she too pushes against the robot police. This is the function of love. It changes us. As she does this, she begins to answer the underlying question permeating the story. What good is flying without a reason to fly?

Another character with a similar transformation is the captain. A mere pawn of the Axiom’s autopilot machine aptly called AUTO, the captain is a drone just like his shipmates. But when the prospect of life on Earth arises, his soul is awakened. There’s more to life than 72 degrees Fahrenheit on a man-made beach. In a heated argument with AUTO, he declares that life on the Axiom is meaningless because nobody does anything. When the machine states that at least they survive, the captain responds with force: “I don’t want to survive, I want to live!”

How can we live today with our phones now grafted onto our wrists so they can cling to us in the shower? What must we do to see that the pleasing aesthetics of the latest iPhone only hold out to us a false promise of a meaningful life? We must find ourselves a WALL-E. When the multi-billion dollar advertising complex tells us that beauty is character and tech leads to happiness, we need an alternate vision to capture us.

We have inklings of this alternate life. We have tasted it—if only briefly—in the days when we’ve forgotten our phones and replaced it with that ancient human development, face-to-face speech. It beckons when, after our longings for connection are left unsatisfied in relationships based on cool-factor, our eyes settle on those normal-looking people who are our best friends. We notice the blemishes, the mundanity, and the affection that wells up inside. There are no replacements for these relationships. They are rich with experience—the warmth of touch and mirth of presence—that no technology could emulate. We must notice and cherish our WALL-E’s.

The movie has a fitting end as the Axiom returns to planet Earth. It is desolate and still polluted, uncool and technologically a dinosaur.  But there is hope. WALL-E has shown us that. Life is more than Apple watches and a stunning physique. We might even say life operates outside those things. We must dispel the enchantment of the new technologies of the day. Beauty in a manufactured world is not synonymous with the good life. Meaning and hope may be found in the least likely of places. For those with eyes that are willing to see, there is indeed beauty in the ugly. 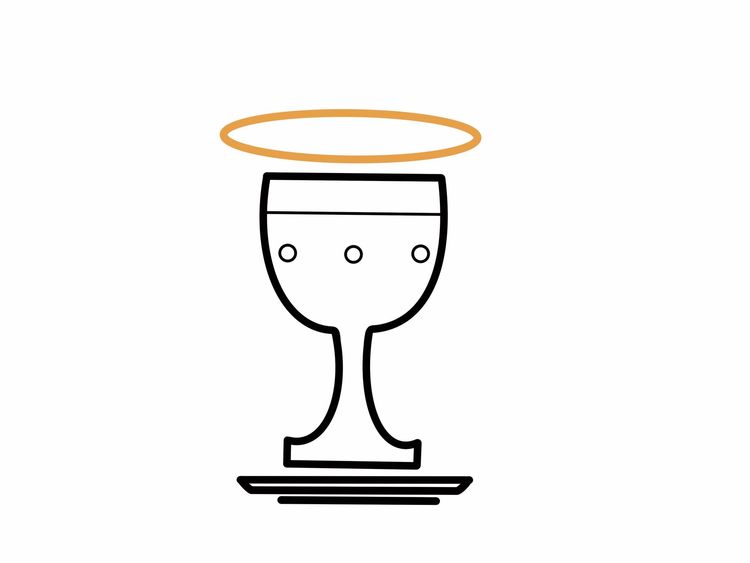 When was the last time you did something and didn’t try to upgrade the task by layering another activity on top of it?
May 11, 2021
3 min read
Apr
27 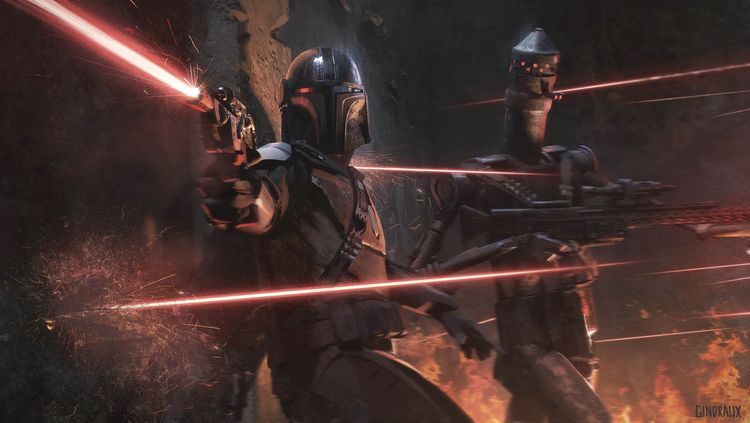 What was once a symbol of power, control, and fear, is now a reminder of this man’s powerlessness, his lack of control, and his fearfulness of death.
Apr 27, 2021
4 min read